Welcome to BDTB’s third annual year-end Wrap Up! Below are categories for you to vote on your favorite emcee, producer, director, music video, full-length release, EP release, instrumental project, single, and b-side track from an Indiana artist. We highly encourage you to listen and watch as much as you can before making your selection, and to not just vote for your friends. This is the best time to really get familiar with your Indiana artists!

This year we have links to listen to each project, a video playlist of all the nominated videos, and for each song category we have a music player above the voting where you can listen to each song. All of our nominees in every category comes from music we shared on the site during 2014. Although we do a pretty thorough job at finding talent, it’s simply not possible for us to catch absolutely everything that comes out, which is why we encourage you to find out how to send it to us the right way if we somehow missed you this year. All of the emcees listed either put out projects we shared, or were featured in at least five songs and/or separate videos that we know about (if you’re not on the list then it’s because of that criteria). Enjoy yourself some great music from Indiana! Voting ends on December 31st at midnight. 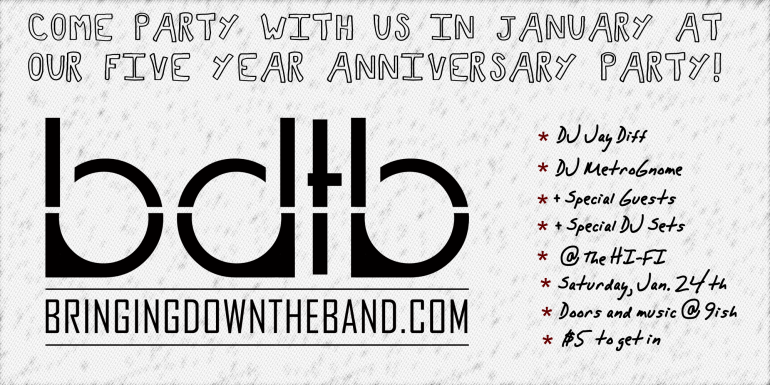 Disclaimers & Such:
1) There’s no way to keep track of every release ever put out in Indiana, so the releases we selected are of artists in Indiana that we not only shared and liked in 2014, but also has it available for stream online somewhere. We had to narrow it down to the list you see below rather than having a million for each category. Everybody raps and everybody produces.

2) All emcees listed in the best-of category has either been featured on five tracks shared at BDTB or put out a full-length release. You can’t rap on one song and be nominated anymore. The same thing goes for producers but we’ve included producers that were featured at our monthly Writer’s Block events as well (it’s extremely hard to track these guys down).

3) All of the user votes will account for 75% of the voting, and us at BDTB will add our 25% onto the end of that. Call it a little quality control, but that will determine the winners of each category. We will also share the fan votes without our contribution for those interested.

4) We track IP’s, so if we catch somebody cheating we’ll adjust accordingly. I mean, just don’t do it.

5) It’s pretty lame to just vote for all of your friends, but you can do that if you’d like. We advise you to listen and vote for the best (and your true favorite) of each category. You have plenty of time to listen before you vote, and it enriches our culture here in Indianapolis by getting to know those around you.

6) Rappers: Don’t take these lists all that serious. Take this time to listen and learn something about some of your peers. This isn’t a competition; it’s a gauge. If you make this about a competition you’re kind of missing the point.

7) Artists: if you’re not on our list, hopefully next year you submit music to us, we like it, and we post it. If we didn’t like it we probably didn’t post it. There are no politics involved in these polls; it’s taken directly from what we shared this year. We want to support you. Help us support you by making undeniable music and submitting to us properly. Godspeed!