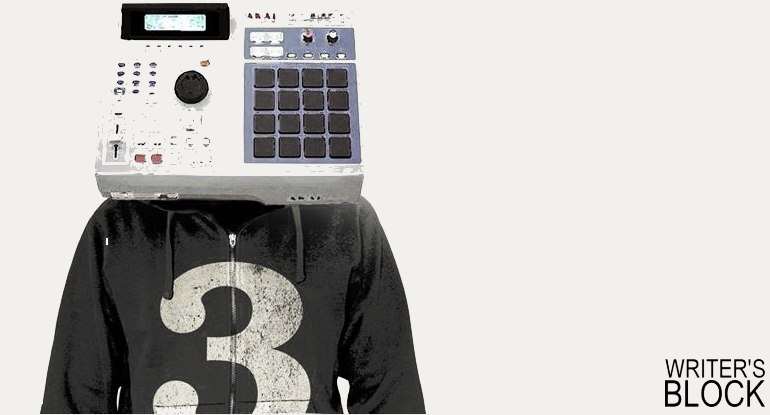 We at BDTB had a monthly production showcase that was hosted by our own LONEgevity, alongside DJ MetroGnome (co-founder of Deckademics). We threw these events on the first Wednesday of the month at Sabbatical in Broad Ripple (Indianapolis, Indiana) for almost a two and a half years. We’re currently on break, but will attempt to bring it back, at a new venue, either in late 2015 or early 2016.

Update: Writer’s Block hasn’t really returned, but have taken it a step further with the Beat! Lo-Fi Social – a multi-city social producer showcase event that’s the brainchild of Slot-A.

The premise was pretty simple: At the beginning of the night we play music, and before the main feature we have an open room producer panel where selected producers play beats and are asked questions. Then we feature a producer to come out and play their own production live in front of an audience (MPC/drum machines, turntables, keyboards, etc.). At the end of the night, we open up the decks to any producer (of any genre) that wants to hear how their music/beat sounds on a large sound system. Not only does this event showcase talented producers that are doing their thing, but it also provides an avenue for the anybody, including the up-and-comer, to hear how their sound gauges against others. Connect and intermingle with other writers, rappers, emcees, poets, and producers alike. That’s our goal with the event.