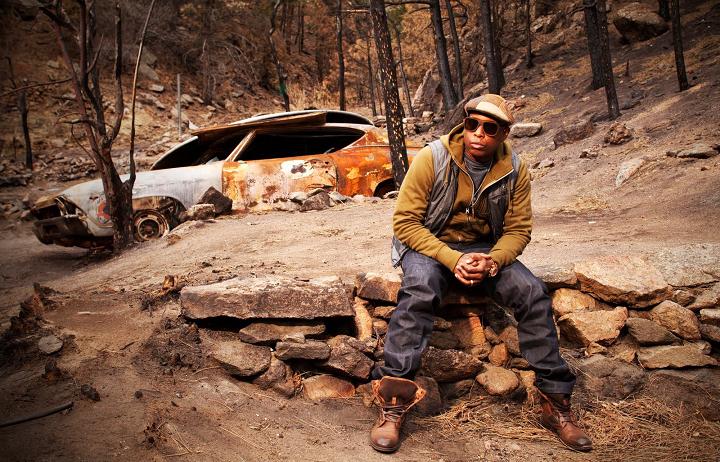 It’s been a little while since I’ve had anything to contribute to our Be A Better Artist series, and this piece penned by Talib Kweli is definitely one that is relevant to that. You can read a little bit from the article below, but make sure to head over to Cuepoint to check the entire article, which has a lot more to it than what I shared below.

Full disclosure: I am an analog dude. I am “mature” enough to remember a time before the internet was prevalent in our daily lives. I dropped out of school to start my career before laptops replaced spiral notebooks. My first foray into cyberspace was visiting a chatroom on The Roots’ Okayplayer.com in 2004, and I learned a swift lesson in internet etiquette when I was trolled by anonymous fans for putting out an album they did not like, Beautiful Struggle. Also, I am aware that my use of the word cyberspace makes me sound like a character from the movie The Lawnmower Man.

Regardless of my lack of knowledge about how the internet worked, I have always maintained a large online fan base, due in no small part to the wonderful folks who run OkayPlayer. Early in my career they included me as a flagship artist on their site, placing me in the company of seminal acts like The Roots, Common, D’Angelo, Slum Village, Bahamadia and more. To this day I continue to be associated with this group of artists in the minds of many.

These associations, along with a good work ethic, a focus on music that has a message and a willingness to embrace new sounds while staying true to the sound that I’ve been successful with, helped me to remain relevant in an ever-changing market for a long time. However by 2008, it was no longer enough to let someone else control my online presence. As the music industry began to drastically decline, partially due to an ignorance about how the internet worked, it became clear to me that I’d better gain control over how I was being marketed and promoted digitally.

Myspace is what got me online in a real way. Their focus on music as a connector of ‘friends” made perfect sense for artists with an independent mentality, and I flourished there. Once I began to spend a lot of time connecting with fans on Myspace, I noticed my shows selling out more consistently. I was able to create an awareness around what I was doing that fans hadn’t been able to attain in a while. After the indie label that I started my career with, Rawkus Records, was swallowed and then eventually evaporated, the major labels I found myself doing business with had no clue how to market and promote me, so they would often not even attempt to. It’s easier to sell things that are placed in neat little packages and boxes, and no one could figure out what box to put me in. Myspace allowed me to reach my niche fans directly for free, rather than have some label invest hundreds of thousands trying to canvas the entire market.

In 2006, I dropped a collaborative project with acclaimed producer Madlib called Liberation, for free on my Myspace page, as a thank you for my truest fans. At this time, rappers were dropping free mixtapes where they were rapping over established hits, but hardly any artists signed to major labels dropped free albums. It wasn’t a thing. This free album galvanized the die hards and set the stage for 2007’s Eardrum, which featured guests as diverse as Justin Timberlake, Norah Jones, KRS-One and Jean Grae, which I also promoted heavily thru Myspace. But I knew that the social networking site would not be around forever.

After watching Warner Bros Records drop the ball on the follow up to my Train of Thought album with Hi Tek as Reflection Eternal, 2010’s Revolutions Per Minute, I decided that I no longer wanted to be associated with major record labels. In 2011, I got with Dru Ha and Noah of Duck Down Records— an underground label that I had been a fan of since a teenager that found ways to make money staying true to their aesthetic, even as the marketplace became increasingly fickle. Dru and Noah run a record pool for DJs called 1200 Squad, but they also were starting a distribution service called 3D. When I came to them to ask them to help promote the singles I was planning to release thru my newly-formed label, Javotti Media, they suggested allowing 3D to distribute the album. It was called Gutter Rainbows. It cost me 20,000 dollars to create, it dropped in February of 2011, and by May of that year I had tripled my investment. READ MORE HERE