Blu, MED, and Madlib just collaboratively dropped “Knock Knock”, that features the one and only MF DOOM. Teaming up for a collaborative project titled Bad Neighbor, the trio will drop their new project on October 30th. Listen to the funky groove below. MED and Blu also recently did an interview with Rolling Stone, which you can read in full here.

How did you two meet? It was on the Emanon tour, right?

MED: Actually, it was a MED tour and Emanon was opening up for me. This is in, like, 2006. Emanon brought along Blu just to season him up, to get him ready for the game.

Blu: It was my first time in Europe. We’ve been good friends since.

MED: When I heard the [Blu and Exile] Below the Heavens album, when they played it for me while out on tour, I was pretty in awe about it. I was like, this sounds like some honest music. It was good to hear that. We bonded on tour partying and whatnot, having fun.

What led you to start making music together?

MED: He was on my Bang Ya Head 3 mixtape. “Your Life” was one of the first songs we collabed on. Then we got on “The Burgundy” and from there that’s we decided let’s do a whole album together.

Blu: Q-Tip from Tribe showed us a lot of love for [“The Burgundy”]. New York showed us a whole lot of love. That just got ate up everywhere. It was one of the biggest selling hip-hop 12-inches that year.

“The Burgundy” 12-inch dropped in 2013. Why so long between then and Bad Neighbor?

Blu: We weren’t in a rush, because we knew we were working with one of the most classic producers of all time. Some of the biggest classics: Jaylib, Madvillain, Quasimoto, Lootpack, you know what I’m sayin’? And that Freddie Gibbs [Piñata] is crazy. So we knew we had to give the people something nice. We had some great records to follow up on.

MED: You know when you’re dealing with Madlib, he’s such a creative cat. He has so many projects going on at once. Me and Blu actually recorded about 30 songs. We’re going to possibly manage to do something with some of the other leftover joints. Madlib always figures out things to do with songs and stuff.

Blu: We’d go to the lab, and there were these beautiful songs. Madlib’s orchestration is, like . . . he’s like the Duke Ellington of hip-hop. You go in and you’re hearing drums, loops, cuts and basslines you’ve never heard before, and rhythms and patterns never delivered to the hip-hop genre. Everything Madlib drops is fresh, brand new, unseen.

It’s surprising to see AMG on your album.

MED: Blu got collab-happy, man. I ain’t gonna lie. He told me, “I got AMG.” And I was, like, “Bitch Betta Have My Money AMG?” And he was, like, “Yo, he’s trying to charge a crazy number.” And I was like, “We don’t got that in the budget.” Somehow Blu pulled it through.

How did you connect with Hodgy Beats?

MED: Blu suggested, “Yo, let’s get Hodgy on something.” So we reached out, we met up at the Stones Throw office and we smoked the hell out of that office. That was fun. I thought we were going to get banned. We were smoking the whole shit out and the workers were catching contact. [Odd Future are] fans of Stones Throw, and they’re fans of the Lootpack movement that I was involved with. During that time, a lot of cats were making beats in their room. We’re in that underground hip-hop scene in L.A., you know, Dilated Peoples, Alkaholiks. We’re lucky enough to where some of these young kids grew up knowing who we were.

Blu, between your 2014 album Good to Be Home and now Bad Behavior, it seems like you’ve turned your focus to your hometown lately.

Blu: Everywhere we go around the world, people ask us about L.A. So we wanted to do a record for L.A, which was Good to Be Home. It was natural for me and MED to just pick up where that left off. Bad Neighbor is just an album where everywhere we go, we shut it down. Bad Neighbor, you know what I mean?

MED: I’ve traveled the world doing shows, but I’ve never had the chance . . . you know how some artists are, like, “I lived in New York for two years,” or “I lived in Atlanta for eight months,” and they can get a vibe of the community of musicians? It looks like Atlanta has a good relationship with musicians out there, the way they collab together. I think that’s how L.A. is. To me, it’s a great place to be as a musician. It’s not only that there’s so much talent out here, and there’s so much good vibes; but I’ve also watched a lot of people’s careers blossom, from Aloe Blacc to Anderson .Paak. There’s always the friendly competitiveness. Everyone wants to have that great music. But as far as the community, I can reach out to a lot of people if I want to, and either get some good information from them, some business savvy, or I can just get a collab or something. L.A. is the place to be if you’re a musician, in my eyes.

Blu: L.A. is the best place to be in the world. I just hope they feel the same way with having us here. 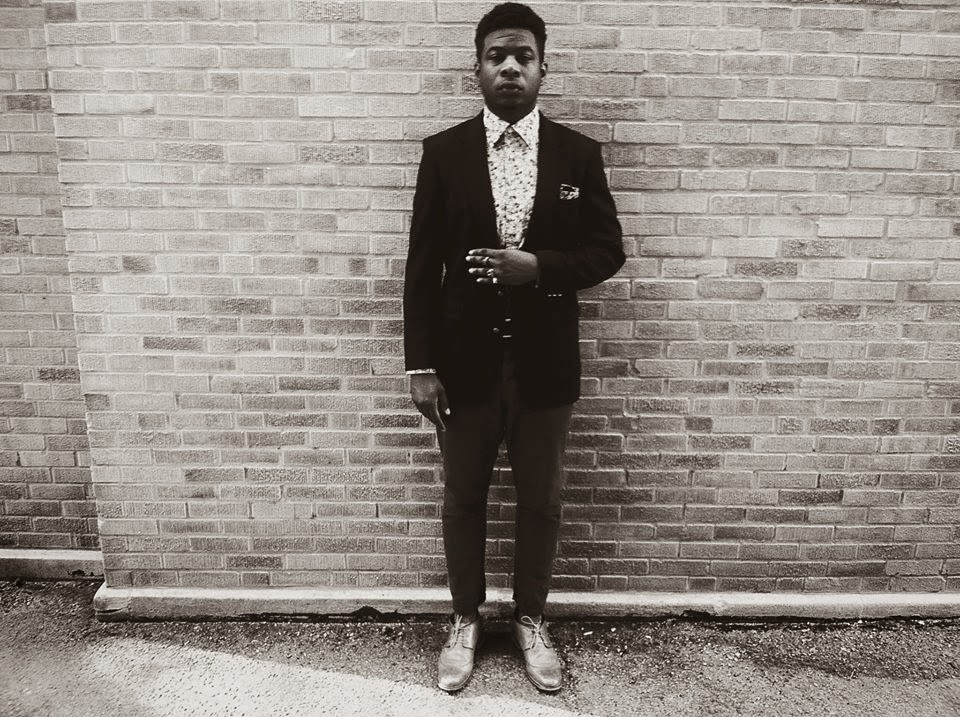