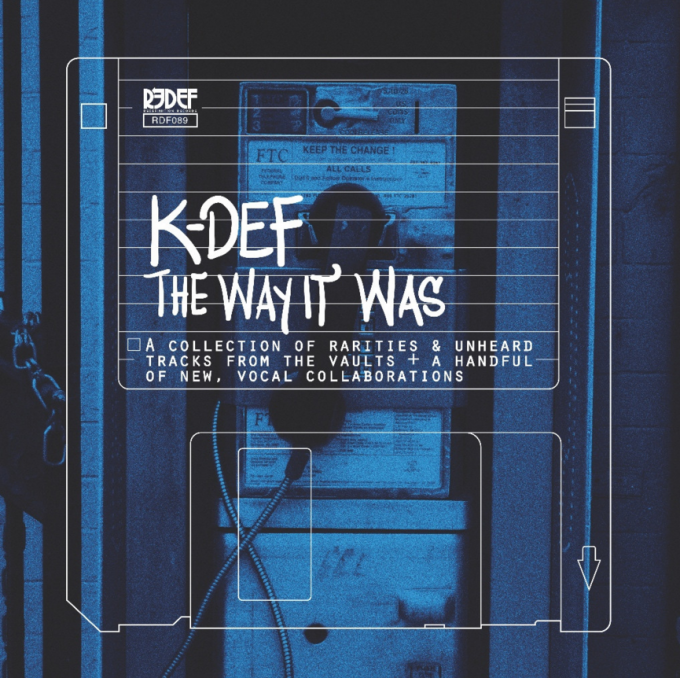 Listen to “Strawberry Lemonade” from K-Def, Blu, Damu the Fudgemunk, and Kunal. K-Def will be releasing both his The Unpredictable Gemini and The Way It Was projects this Friday. Press play on the newest single below.

THE WAY IT WAS

When you’ve been in an industry for over 20 years, adaptation and evolution are key functions in any field. If you’re Kevin Hansford aka K-Def, you’ve seen good, you’ve seen bad, you’ve seen change and on occasion, you’ve seen history repeat itself. For some artists, staying true and being innovative can be a fine line and a struggle. On one hand, a reputation is built from birth creating a connection that should always be maintained. On the other hand, growth or lack of growth will occur whether change is embraced. A producer like K-Def would not still exist today in 2016 without being aware of those survival tactics. In a society dictated by technology, it’s hard to imagine the world as we know it without the devices and digital platforms we entertain unconsciously. Music has not been spared form tech’s influential grasp. Computers, software, virtual instruments and controllers have turned tedious to effortless and impossible scenarios to daily practice amongst musicians from all generations. Believe it or not, back in 1997 before musicians were spoiled by endless possibilities and instant product, K-Def was cutting edge. It was in that year, he decided to transition from his MPC 3000 to software, becoming one hip hop’s first producers to do so in a time when such decisions would be considered a “cardinal sin” amongst his contemporaries. Setting the example for others to follow, being ahead of the curve in K’s case meant being ahead of technology itself. One may question his methods and tools over the years, but the quality of music has never been up for debate. As he continues to push himself, more recently K was inspired to track down all of his original 90’s gear and works dating prior to his software transition after a recent resurgence of old machines from the younger generation. That meant pulling out 2 full trash bags of floppy disks, revitalizing his old MPC 3000 to new condition, dusting off rack sampler modules and hunting down his MPC 60ii which was the first machine he used debuting in 1993 under Marley Marl. Going through that process brings us K-def’s new album, The Way It Was. The title sums it up. Instead talking about dues he paid and the roots of his skill set, The Way it Was is a living demonstration for younger listeners who grew up after the 90’s and his core fans who remember the days of his Lords of the Underground, Real Live, Mic Geronimo and World Renown productions like yesterday. Though mostly instrumental, frequent collaborator Blu appears on 3 tracks. Blu was inspired to record the socially aware, “The Boys” and the lively “Strawberry Lemonade” featuring Damu the Fudgemunk and newcomer Kunal after hearing K-Def’s original demo cassettes. At 11 tracks, this album is a must have for 90’s fans. It IS exactly “what it was”.