Beats & Breakfast is a series from producer and musician Lonegevity (our very own) and emcee and master-chef Skittz (of The Proforms and Breakdown Kings). The two get together on multiple Sundays between the months of May and September each year for their series and invite colleagues and cameras. What does that mean? Well…

Every Sunday musicians are invited over (everyone brings items to contribute to the breakfast being made), the producers work on making the beat, the instrumentalists contribute and work with the producers, the emcees write raps, the singers sing, bridges and choruses are conceived together, and everyone eats well with a breakfast meal orchestrated by Skittz. It’s a true collaborative and live music-making experience. The song is conceived, written to, recorded, and wrapped up all in a few hours time. Oh, and it’s filmed and turned into episodes so that everybody can check out what’s going on at their convenience! 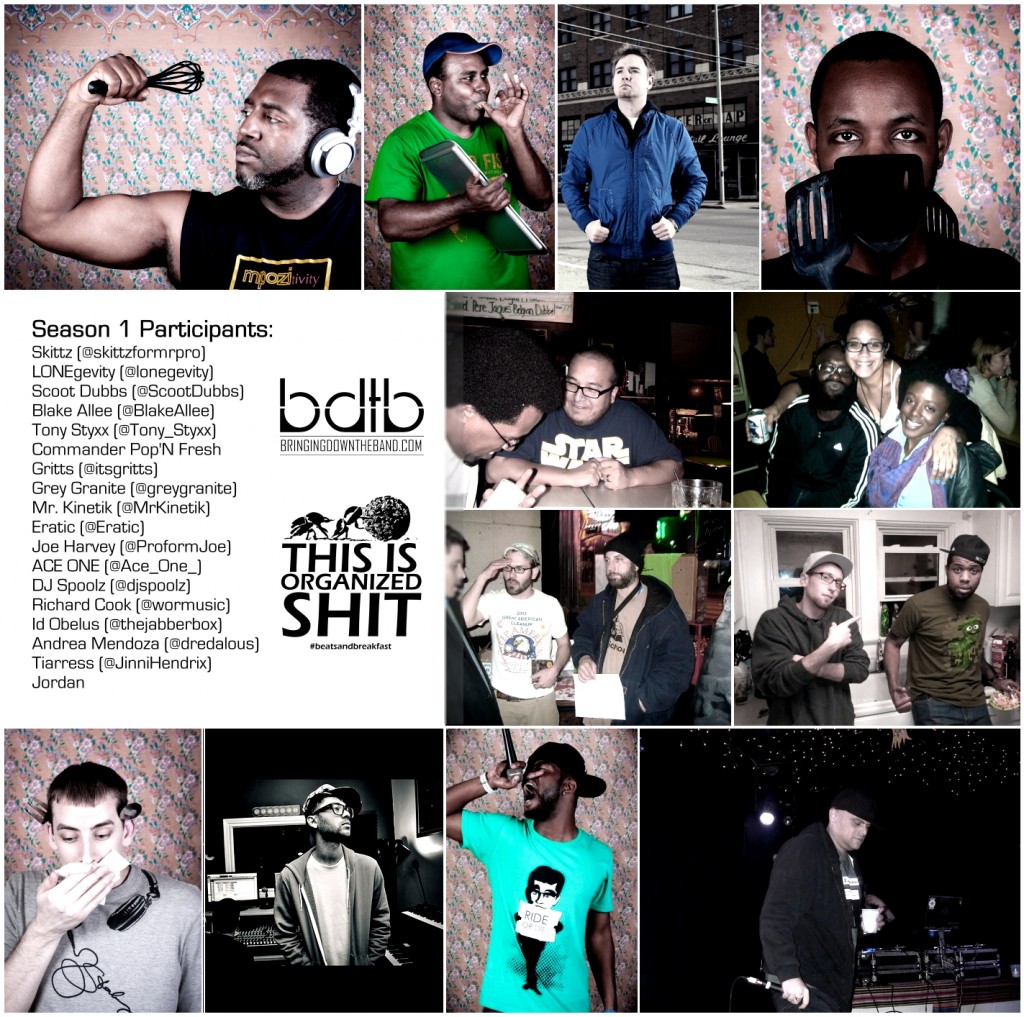