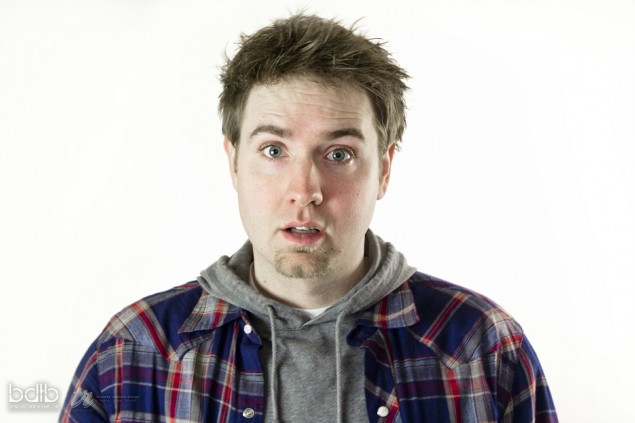 If you follow Indianapolis hip hop at all, and the local scene, you may have seen twitter going a little nuts around Blake Allee’s removal from the sold-out MGK show last evening at the Old National Centre. We were in the building as supporters for some of our own in Indianapolis peoples, and we had a merchandise table in the back repping two of the artists from our city that we’ve recently sponsored projects for: Sirius Blvck and his Ancient Lights release (who opened up that evening), and Blake Allee with his Televisionn mixtape (who was the headlining opener).

What really happened that night? Well, it’s hard to tell. Here’s my timeline though:

During Blake’s set, after one song was completed, the lights faded, and I remember thinking to myself, “this is about to be dope” (I didn’t know they had light choreography going on!). Well, when the next song came on, they didn’t turn the lights on. I remember standing in the corridor thinking to myself, “are they really screwing him over again?” (Reference the previous MGK show that Blake performed at where they cut his set short nearly 5 minutes.)

Well, yeah, they were. Or, somebody was; at least it seemed that way.

At first it seemed like the Murat just messed up somehow. When the song came to a point where he was about to start rapping, we all noticed that they had turned his mic off to the crowd. That, and they had house lights on with the stage not lit up.

Now, I have known Blake for a while, and we’ve had long extensive talks about random things that local artists have to go through to get heard. Talks about situations like this come up more often than you’d think. A couple people came up to me and asked what was going on. I hadn’t a clue. Because of this I walked up to the sound station, as Blake was still rapping his ass off without any sound, and asked what the hell was going on. They stated “he was warned by the tour before the show not to stand on the speakers”, and I heard the guy laughingly say to someone else “the tour is having him shut off”.

I mean, did I miss interpret that, or did I hear that MGK’s tour had Blake shut down for this? Hmm, I honestly cannot be sure. It’s all hear-say. For all I know, it was done for a completely different reason unbeknownst to us.

Simultaneous with me inquiring with the sound guy about the problem, it looked as if he was being told to leave the stage. His microphone either got turned back on for a second, or he grabbed a different one, and then he made sure to fully express his opinion about the situation to the crowd before being pulled off stage. I didn’t see it, but they then escorted him off at that point. Not only that, they kicked him out of the building. Placed his equipment outside.

They then had somebody come back and tell us to stop selling all of Blake’s merchandise. We packed everything up off of GP and just bounced.

Now, I understand a venue not wanting performers to wreck equipment if such is the case. I do. What I don’t understand or appreciate is the lack of consistency with the venue if this IS the case though. The previous act, LOP, are known for their wild party-like shows, and I’m fairly certain I heard multiple people express that the same thing (“speaker/platform jumping”), in excess, was happening during that performance without being shut down. That’s fine, and I personally see no problem with that but: #beconsistent. I then watched as MGK’s hype-man jumped up and down off of the same thing Blake was in his performance, including standing on them and having conversations with the crowd, yet you know, the lights and microphone stayed on. #beconsistent. I left before MGK hit the stage, but my guess, if it is anything like the previous show, is that it happened during his set too. Of course, all speculation.

My point is this: it’s an artist and performers JOB to get the crowd involved. Sometimes you have to go above and beyond yourself to sell yourself. Shots like this don’t happen everyday, at this level. At some point we have to hold venues and individuals responsible for their shitting on the “little” guy. All of these major acts that people love so much these days started out as local stars, and we in Indianapolis need to support our own in situations like this. Was Blake’s standing on a massive speaker/platform reason enough to remove him from his opportunity to be great? Better yet, does the way that Blake performed differ from the way the headliner does? I, and many people that paid money to see Blake perform that evening, want to know specifically what he did so differently than everyone else that made them think it was necessary to shut him down in the middle of him doing his job.

So maybe he was using the cordless mic? Maybe what the guy at the sound station said was invalid? I guess that’s enough reason to shut somebody’s entire set down. How dare a local act use a cordless mic.

He didn’t use the cordless mic.

On a lighter note, if you want to see Blake doing some music, he’ll be doing a few songs at a show we’re co-sponsoring this evening at the Sabbatical in Broad Ripple with a gang of local talent. It’s a St. Patrick’s day celebration and send-off for one of Indianapolis’ own, in producer/emcee Joe Harvey of The Proforms and Twilight Sentinels. Joe is moving to South Korea. I can promise you that we won’t turn his mic off. 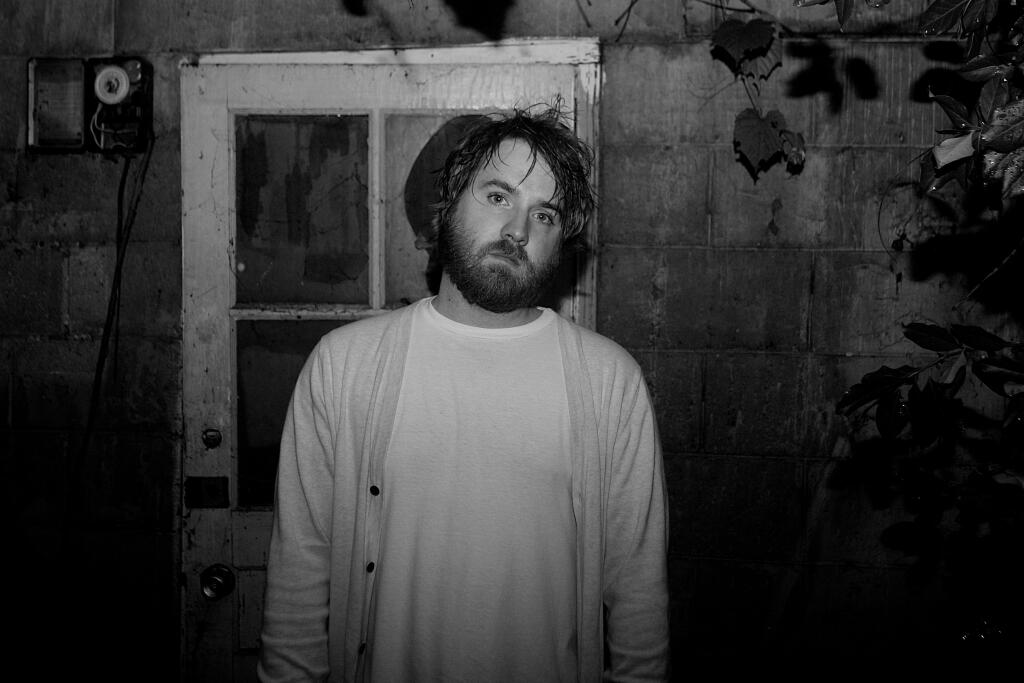 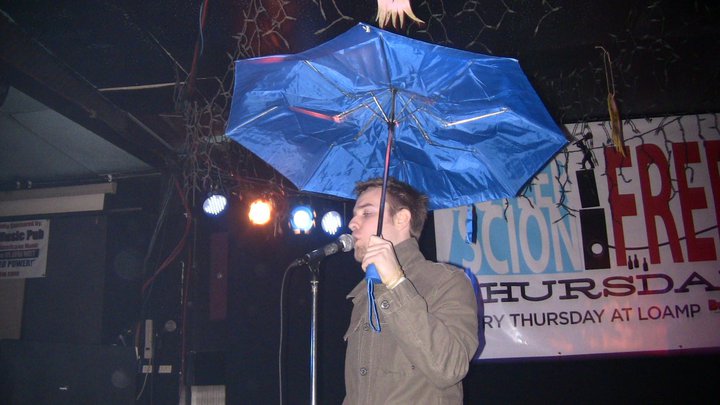